(SurvivalDaily.com) – Being lost in the woods can be dangerous — but knowing how to trap animals for food is one way to help ensure your survival. Small game such as squirrels, rabbits, prairie dogs, quail, and even crows are on this list. But first, you need some simple traps that can be used in the capture of small game.

Small game snares can be made from a variety of things. Usually, these snares or traps consist of sticks, leaves, and some type of rope or string. Fishing line, twine, even the interior strands of parachute cord can be used. Larger game require stronger materials, such as the entire parachute cord rather than just the inside strands.

There are many different types of snares that can be used, ground snares and spring snares to name just a couple. These traps include but are not limited to:

To set this snare, tie the rope to the rock. Leave enough slack in the line to tie it to a float (usually a small stick or something light). Make a noose in the line running toward the water, then set the rock up so that it will fall if the noose is pulled on. The animal pulls on the line, causing the rock to fall into the water. The float is used to help you determine where the rock and animal are underwater.

Some of these snares can be quite crude or primitive, but in a survival situation, this is exactly what you need. Typically, the easier something is to make or recreate the better it is in these scenarios. 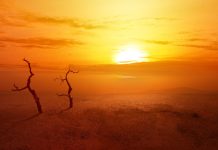 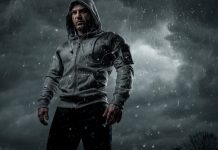