(SurvivalDaily.com) – Fires are dangerous not only to forests, but also to the animals and people living in them. The tribal people of the Amazon Forest are currently at risk of losing their only home to the ravenous threat. The saddest part is that these fires were purposely set.

Unique footage of uncontacted Awá – some of the most vulnerable people on Earth. Their forests are now burning in the #AmazonFires, threatening their very existence. Bolsonaro is standing by as their homes go up in flames.

Several tribes that aren’t in contact with the outside world are at risk as fires set in their areas are spreading to their homes. These groups are at a serious risk of losing everything they have, and their survival is uncertain. The fires are a result of an attempt to clear rainforest for logging and ranching.

Rieli Franciscato, a renowned Amazon expert, was shot and killed by indigenous people last month, possibly in retaliation for being forced out of their homes and territories by the fires. These uncontacted tribes wish to stay that way and typically avoid people from the outside world unless they feel threatened.

Fire is extremely dangerous, destroying everything in its path leaving countless animals and people homeless. Consider the wildfires in California, for example, which some people speculate were also started on purpose. Check out how to prepare for a wildfire and make sure you know what to do if one ever threatens your way of life. 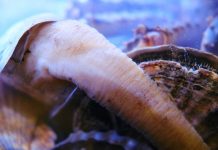